In November 2014, we began surveying the areas in and around the Talessemtane National Park, south of Chaouen. The results of the entire survey will inform official decisions about the future management of the Barbary macaque in the region.

With help from a local shepherd, Sian and Ahmed work out the locations of macaque groups in Talassemtane National Park

The BMAC field team has now surveyed most of Tangier-Tetouan region, north Morocco, for Barbary macaques and used the information to develop a GIS map of macaque group locations.  When the survey is concluded we will have a very accurate picture of where Barbary macaques still occur and how fragmented the population may be.  This is important because it allows us to understand how many viable groups remain, and what we will need to do to help them survive where they are.  This will enable us to plan our resources and funding, and work with Moroccan officials, to put in place the best conservation plan possible for the Barbary macaques in the region. 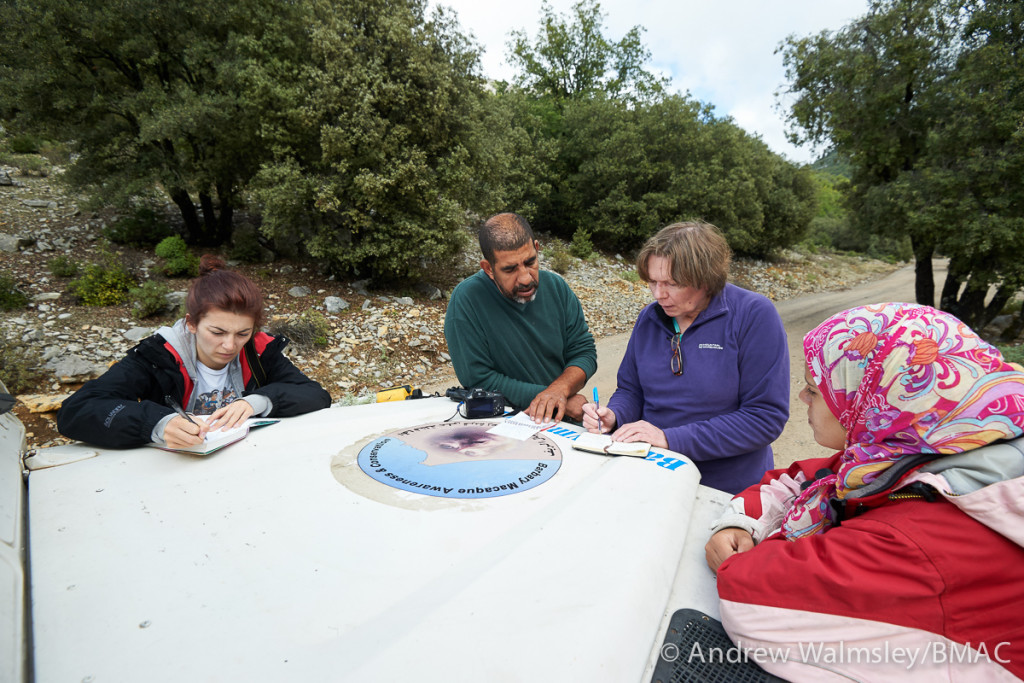 Lucy, Ahmed, Sian and Kenza discuss group location names after learning from a shepherd where he regularly sees macaques

In the first two phases of our survey, we identified two main populations – in Bouhachem, and in the limestone massif which starts at Tétouan and continues to Talem Bot.  We now need to find out whether the latter population is connected to another potentially healthy population whose main stronghold is the National Park of Talessemtane and the land southward to Bab Taza.

Our survey aims are: 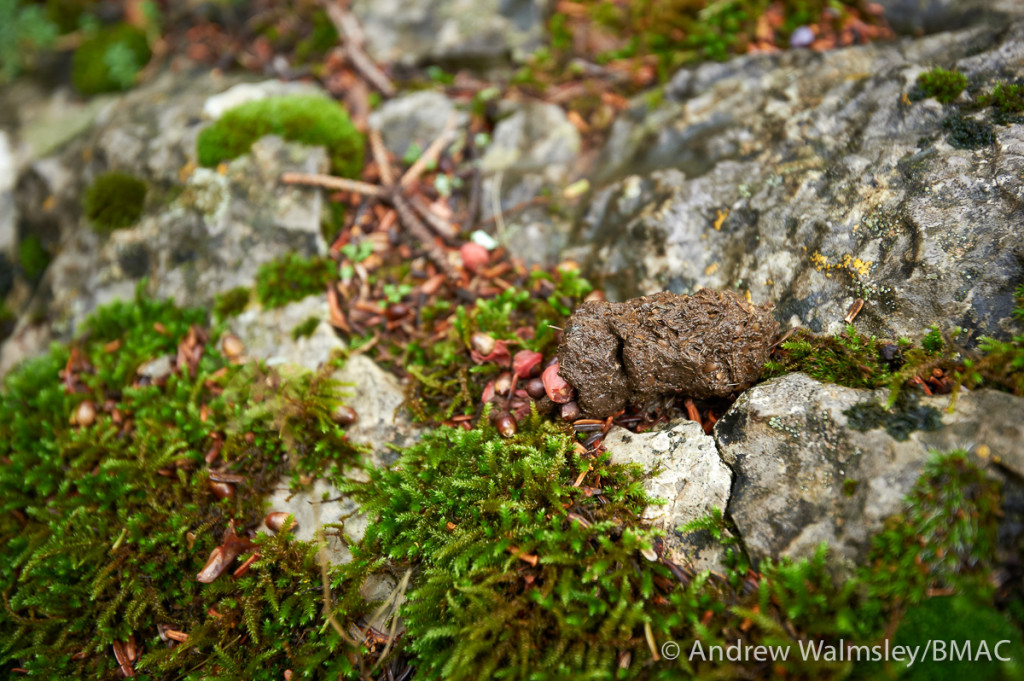 If we can’t find the macaques themselves, their poo is a useful clue to their whereabouts!

Due to the difficult topography of this region, the usual species survey methods are not appropriate for surveying Barbary macaques. In 2010, we worked with shepherds in Bouhachem, integrating their local ecological knowledge of macaques with our own observations. This method has the added advantage of including local people in research and engaging them in our conservation work. If we sight macaques we go on to obtain group counts and composition and location data.  We also use signs such as faeces, moss stripping and chewed up acorns to inform our overall picture of the macaques’ whereabouts. 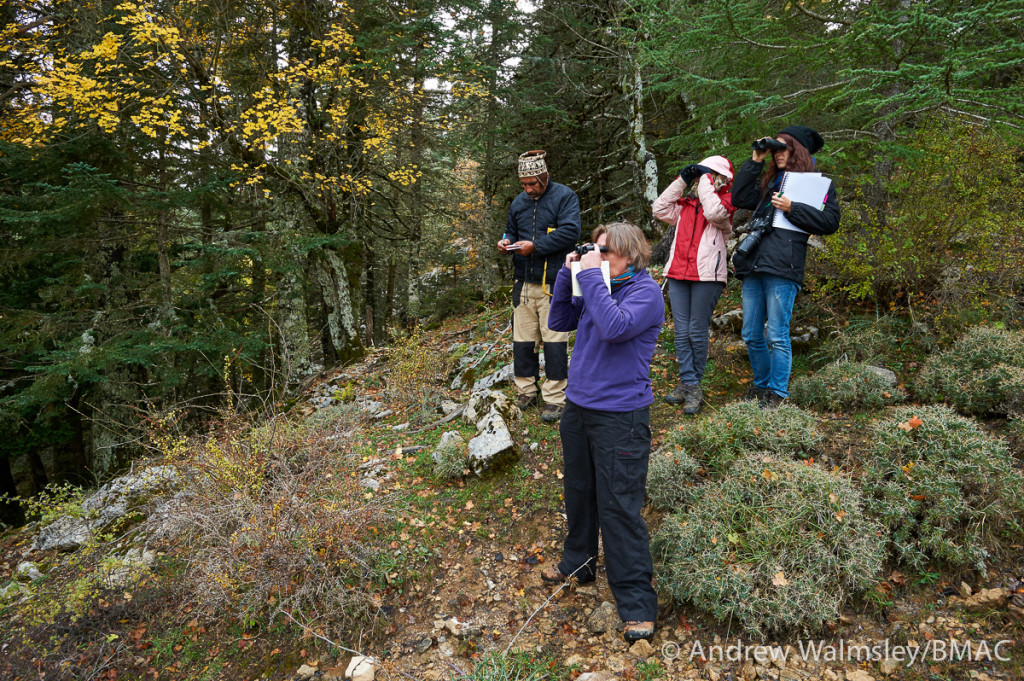 The macaques are not habituated to humans, so binoculars are vital.

In previous surveys, local people have begun to understand that the macaque is unique to North Africa and have, in some cases, changed the way they behave towards it. Members of one of the first groups we confirmed in Talassemtane National Park.