As a NGO, BMAC runs target awareness campaigns to alert and inform people about the situation of endangered Barbary macaques and illegal pet trade, using a wide range of media, from traditional printed materials to social media such as Youtube, Twitter, Facebook, and Instagram. Our audience is constantly growing and today reaches 3300 fans on Facebook with awareness publications often reaching more than 2000 people.

BMAC has been working for many years to raise awareness about the cruelty involved in taking Barbary macaques from their wild groups to sell as pets. The goal of this campaign is to give information about why the Barbary macaque pet trade should end. This educational campaign is targeted as well as Morrocans as people living in Europe. Here are some actions we did and are still doing.

We recently created a page on our website explaining to public that Barbary macaques should not be kept as pets. The publication on Facebook has reached more than 2500 people and has been shared 45 times in less than 3 days. We are currently working on a french translation and an awareness infographic available in french and in english. 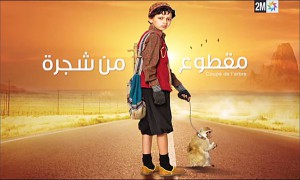 In july 2015, a Moroccan TV company has chosen to broadcast a series focusing on a young boy and an Endangered species, the Barbary macaque.

What we are doing

– We wrote an open letter of protest to the TV company and everyone involved in the TV series, and invite dother Moroccan animal welfare NGOs to do likewise.

– We invited our supports to participate in our campaign by leaving comments on the Facebook page of the TV show.

– We try to locate journalists who will give the macaques’ side of the story.

– We protest to the authorities responsible for the protection of the Barbary macaque.

– We wrote an open letter to the young actor of the TV series to inform him and invite him to see wild Barbary macaques.

Our first publication on Facebook has reached more than 3600 people and has been share 21 times in less than 4 days. Some of our followers left a message on the Facebook page of the TV show. Leaving comments has inspired two days later a surprised reaction from the programme makers. They have no awareness regarding conservation and welfare issues pertaining to wildlife so this campaign has come as a wake-up call for them. This may seem like a very small step but the fact that they are now aware that they can’t just exploit wildlife without a strong reaction from our Morrocan Facebook followers (40% of our audience) and supporters is a positive result. We are constantly working to improve Facebook engagement with community management strategy, by regularly launch calls to action through mobilization campaigns on social networks or even protest calls like this one.

Educational book for children : the story of Teshta

In 2012, BMAC with other NGO’s rehabilitated an infant Barbary Macaque in the Ifrane National Park in the Middle Atlas. We turned Teshta’s story into a book in French and Arabic, which we have distributed in schools in Morocco and to interested supporters around the world. The pdf book is available here :
http://www.barbarymacaque.org/wp-content/uploads/2013/08/Story-Of-Macaque-Teshta-27-03-2014-Web.pdf