There are Barbary macaque populations in Morocco and Algeria, and an introduced population on Gibraltar. 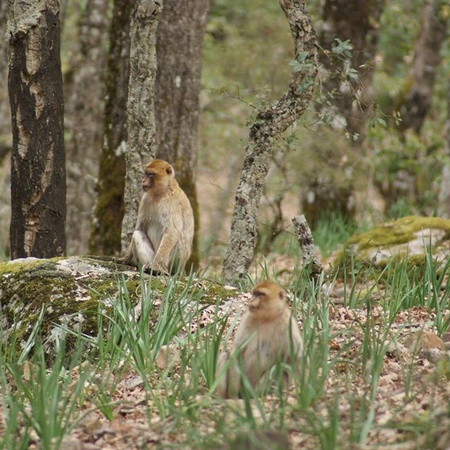 Group of Barbary macaques in the forest. Photograph by Lucy Radford.

Profile of the Barbary macaque

Weight : Average body weight for adults is 10kg in females and 15kg in males.

Life expectancy : Barbary macaques can live for up to 30 years.

Classified as Endangered by the IUCN, the species has declined over recent decades, and the remaining number estimated in the wild is 8,000 – 10,000.

Barbary macaques are very adaptable and live in a range of habitats and temperatures – they are one of the few monkeys which live in cold, snowy areas.  From fir and mixed oak forests to sheer and inhospitable seeming cliff faces, the monkeys live in groups ranging from 30 to 80 individuals, moving together around their habitat to forage for food in the trees and on the ground. 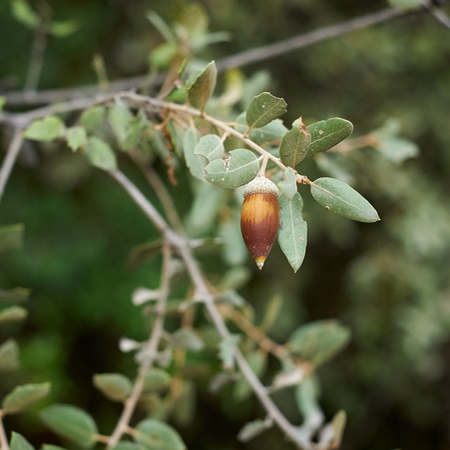 Acorn, one of the favourite food of Barbary macaques. Photograph by Andrew Walmsley.

Barbary macaques eat a wide range of plant foods, including bouhanou, acorns, drou, pipe vines, cistus and wild olives. They also uncover mushrooms and invertebrates in leaf litter, pick grass seeds out of forest clearings, and have even been observed eating lichen from tree branches. 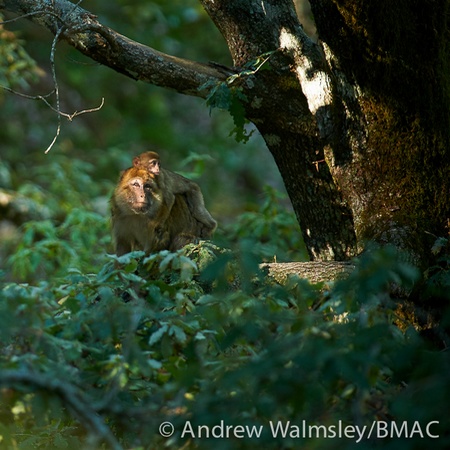 Group living is very important to Barbary macaques, and social bonds are formed and strengthened by grooming each other. Unlike many other primate species, in Barbary macaques the males, as well as the females, form close bonds with – and care for – infants. Males can often be seen moving around the forest with infants on their backs, and will even put themselves in danger to take an infant to safety.

In the spring, when females give birth, the entire group becomes very focused on the new arrivals, as you can see in this video, filmed in Bouhachem.


A group of Barbary macaques focused on the new arrivals, in Bouhachem forest

Barbary macaques are threatened by habitat destruction and degradation, which fragments their populations and makes it difficult for viable groups to survive.  Some populations are threatened by the capture of infants for the pet trade.  Infants are sold as pets in Morocco or taken over the border into Europe.  You can read more about the threats to Barbary macaque survival, and what BMAC is doing to tackle them, in our Project pages.