There are more than 20 macaque groups in Bouhachem forest with more than 40 animals in each group. Meet some of them here! 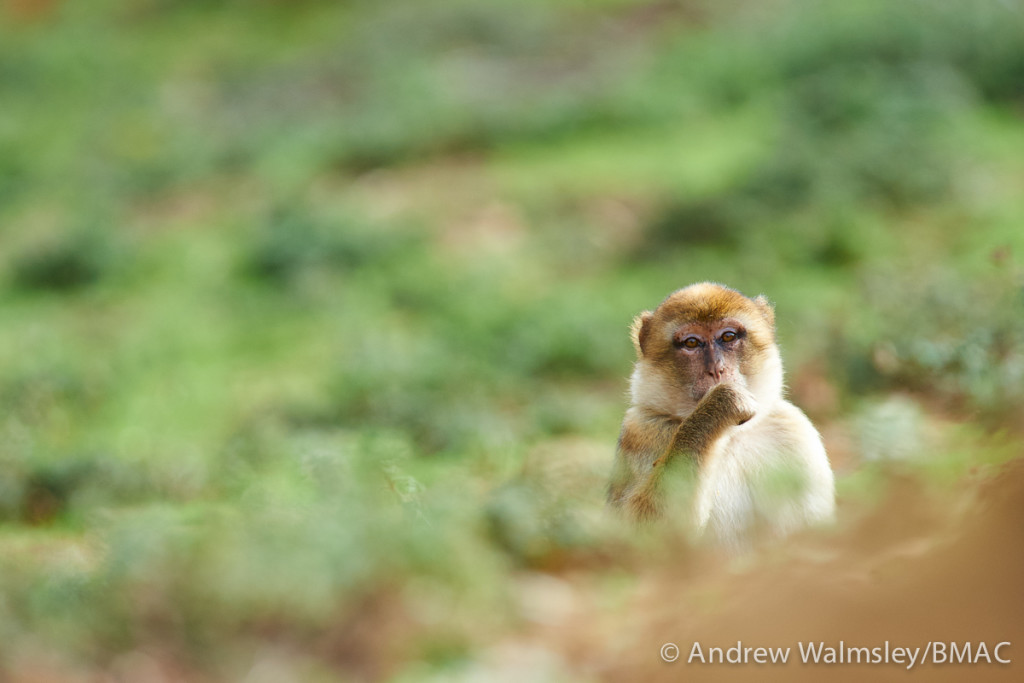 One of the member of the Bigs group. Photograph by Andrew Walmsley.

One of our most easily-spotted groups as we enter the forest from the village where we stay, the Bigs tend to start their days near a small pond by the road, catching some early sun and foraging in the leaf litter.

We sometimes see juveniles from the group playing in the water, and we count the whole group as they cross the road in front of us. 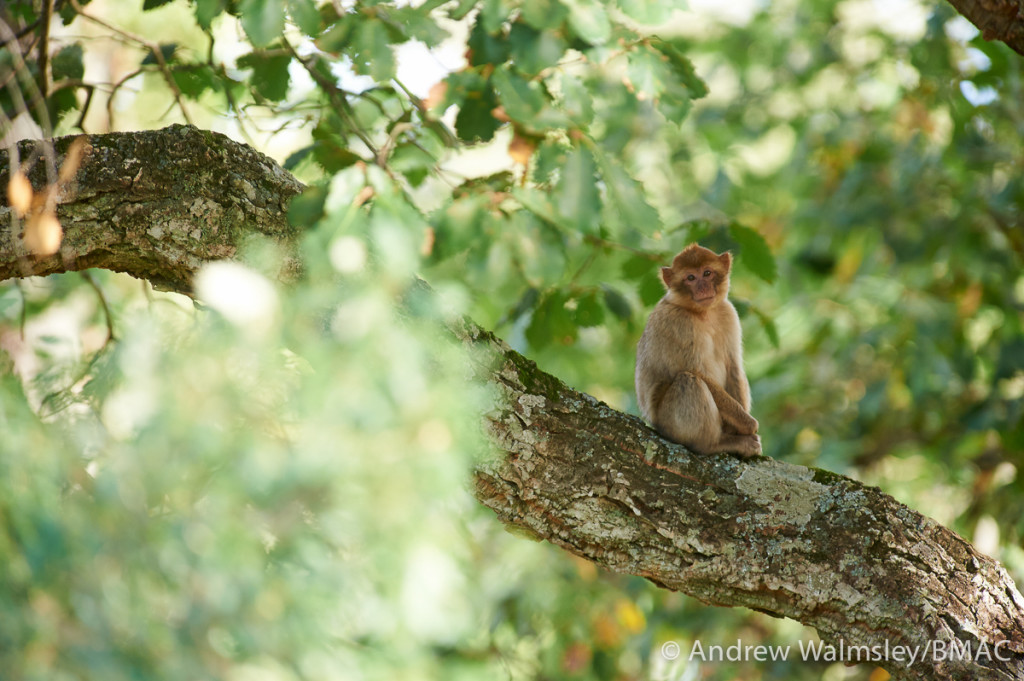 A young member of the Whoppers in a oak tree. Photograph by Andrew walmsley.

The Whoppers occupy an area of forest close to the Bigs, and clashes sometimes occur when they pass each other on their way through their territories.

The Whoppers, as the name implies, have some big males that are even bigger than the huge ones we’ve spotted in the Bigs! 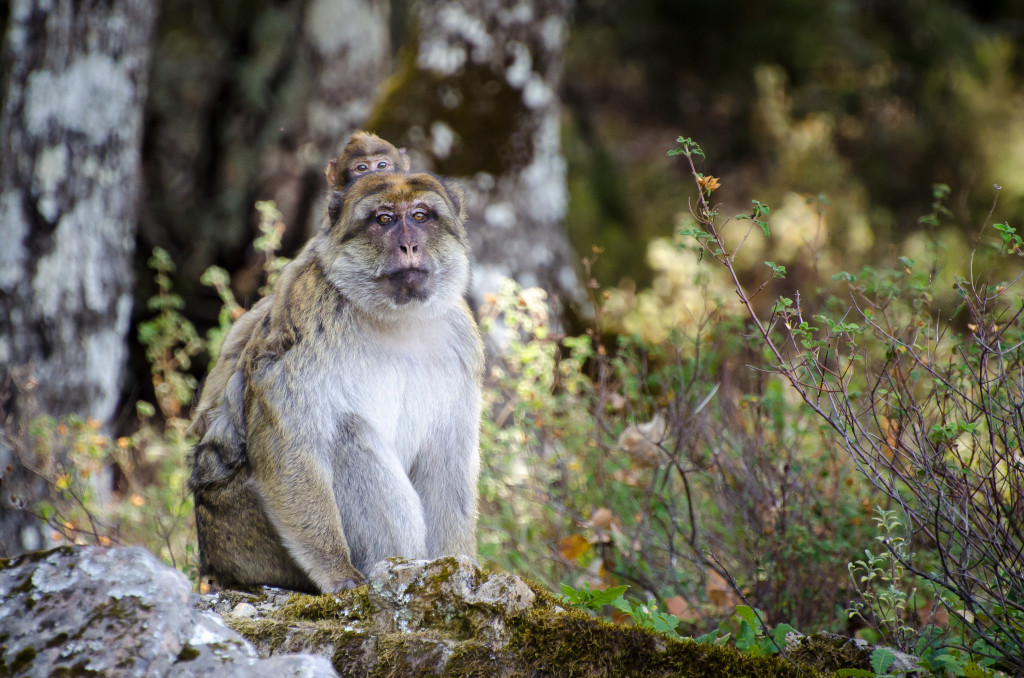 A male of the Tehsta group carrying a baby. Photograph by Andrew walmsley.

The word ‘Tesht’ is Arabic for ‘oak’, which is very appropriate for Barbary macaques, who rely heavily on oak trees for nutrition and can be seen stuffing handfuls of acorns into their mouths during autumn.

The Teshta group can be quite elusive, so we were lucky to get the photo below when a male stopped by the road with a baby on his back. 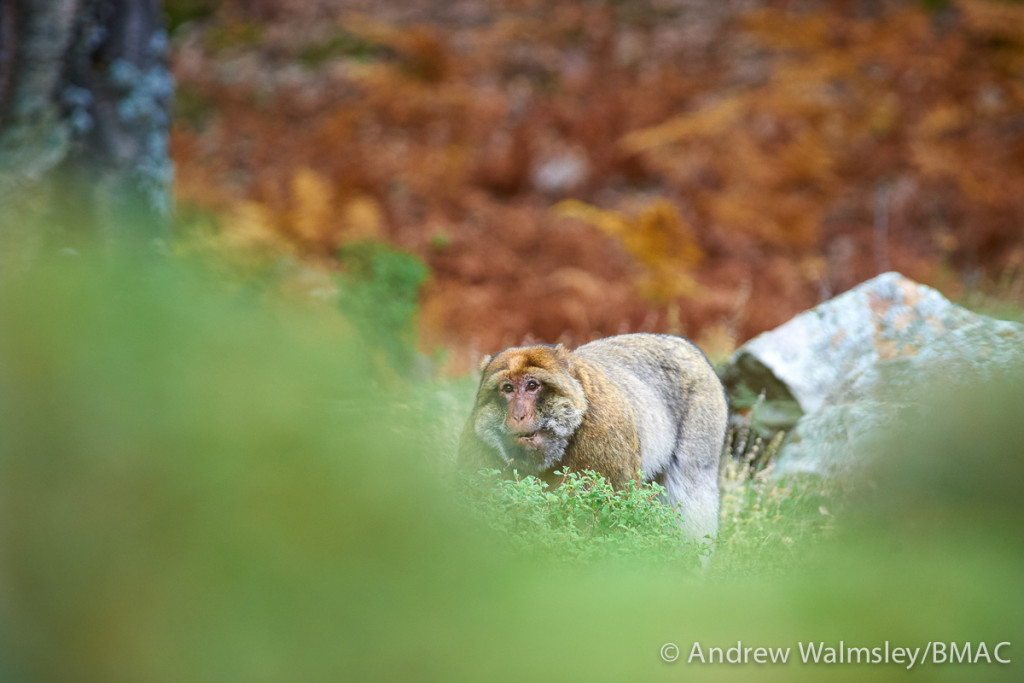 A member of the Mushrooms group with his cheek pouches full of food. Photograph by Andrew walmsley.

The Mushroom group got its name because, more often than not, we see them with their cheek pouches full of mushrooms, just like the male below.

All Barbary macaques love mushrooms, but this lot seem to be the biggest fans of all! 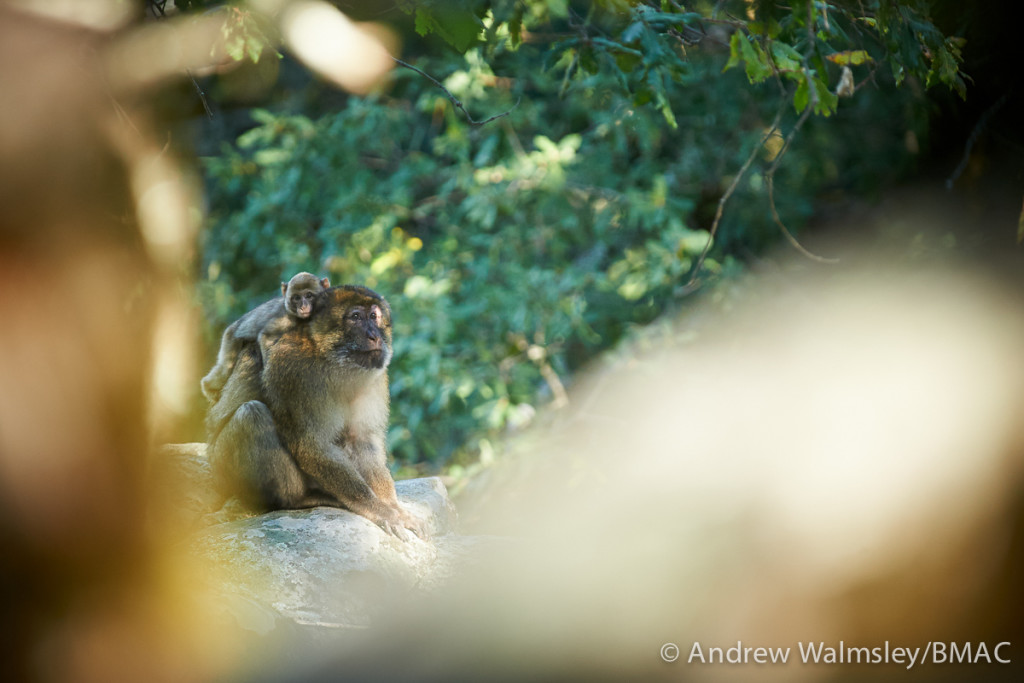 A male of the group carrying an infant. Photograph by Andrew walmsley.

Mqasba group gets its name from the area of forest it occupies, which is a beautiful, high area overlooking a lot of Bouhachem below.

We often hear these monkeys before we see them as they call to each other or crash through the trees around us. 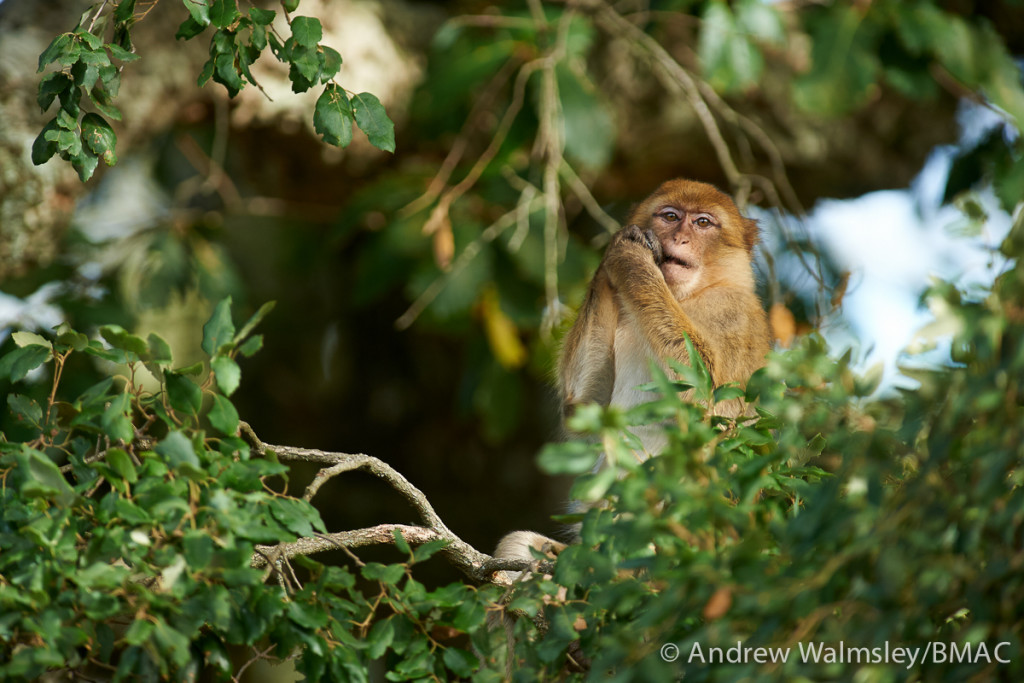 A young member of the Moulay Abdelslam group in a tree, looking straight at us. Photograph by Andrew walmsley.

Moulay Abdeslam is a large village on the edge of Bouhachem, and the group living there is far more used to human presence than any of the others we study.

This means we regularly see them looking curiously at us from the safety of the trees that grow right by the road, and we usually waylay ourselves by stopping to watch them watching us.