How to act around Barbary macaques: guidelines for tourists in Morocco

Some places in Morocco – for example, Ifrane National Park and the waterfalls of Ouzoud – are home to groups of Barbary macaques which are habituated to human presence. This means they have less fear of people than unhabituated macaques do. Habituated macaques will not necessarily run away when they see individuals or groups of people, and this allows people to get very close to them. While the macaques will tolerate this to a certain degree, there are behaviours that are detrimental to them. 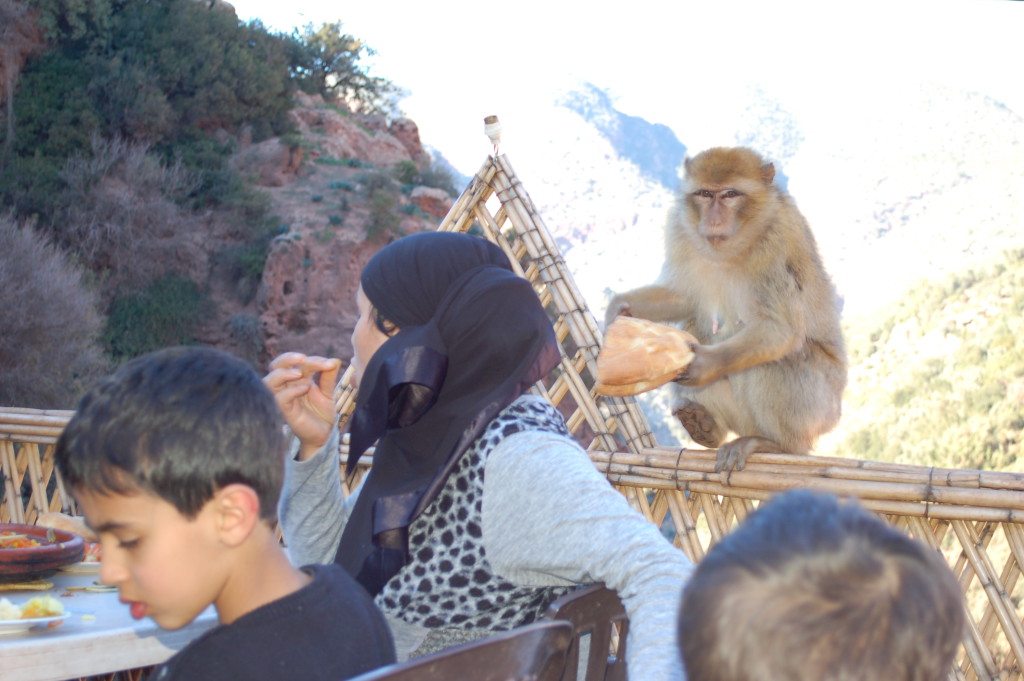 If you visit Marrakech, it is very likely you will go to Jmaa El F’naa, the city’s famous square, and see the Barbary macaques that are kept there as photo props and performers. The macaques are kept on chains or leads when their handlers are using them, and are often dressed in baby clothes. When they are not being used, they are enclosed in hot, cramped metal boxes.

These Barbary macaques have been captured from the wild as babies; a process which is traumatic and frightening for them and the rest of their group. Once separated from their families, they often have only humans for company, and when they get older and are not so easy to handle, they are often beaten to make them submit. 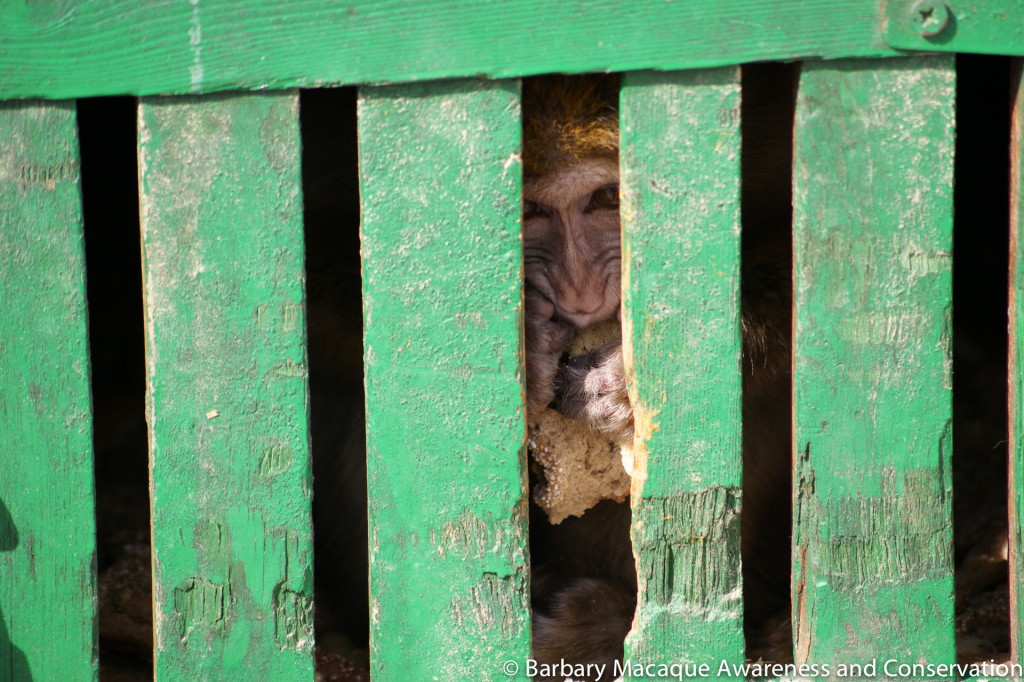 As harmless and fun as it might seem to pose for a photo with one of these macaques on your shoulder, or to give money to their handlers to watch them perform tricks, it is actually a link in the chain of the illegal trade which is threatening Barbary macaque populations in the wild. Not only do individual macaques suffer when kept as performers and photo props; the effect of tourists posting photos of them on social media spreads the idea that this kind of thing is acceptable for its cuteness, and encourages people to see them as suitable pets.

If you see Barbary macaques kept like this, don’t stop to photograph them or interact with them. As hard as it is, please don’t be tempted to ‘rescue’ a macaque yourself by buying it from its handler, or from someone deliberately selling it as a pet – the money you give them will enable them to pay someone to capture several more infant macaques from the wild. In situations where you think a macaque needs to be confiscated, either in Marrakech or elsewhere, you should contact BMAC on bmacaque@gmail.org or through our Facebook page and we will report the macaque to the authorities, who can take appropriate action.